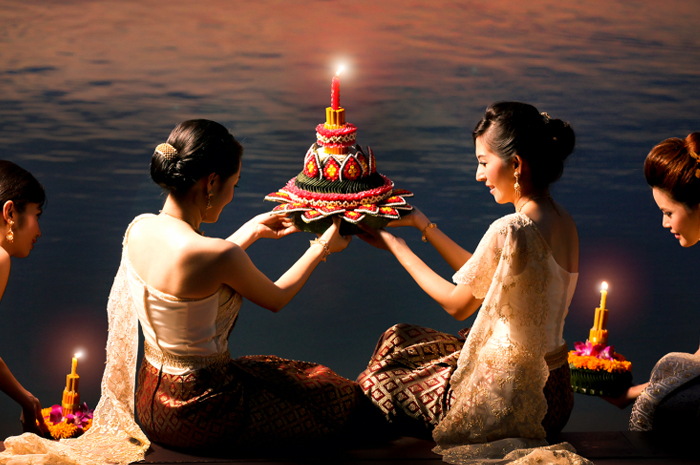 In November some may wonder what is going on in Thailand when seeing travel magazine ads, posters at your hotel of Thai girls dressing in traditional Thai clothing with a beautiful floating object. That’s a sign indicating that Loy Krathong is on its way.

In Thai Loy means to float and Krathong means a circular floating object with decoration of banana leaves, flowers, a candle and incense sticks. All these are related to Loy Krathong, an event which does not occur on the same date every year; instead it counts on the full moon night of the twelfth lunar month.

People look forward to going out and launching Krathongs together to predict the romance future by the direction the Krathongs float. However, this season is also good for strengthening relationship in family.